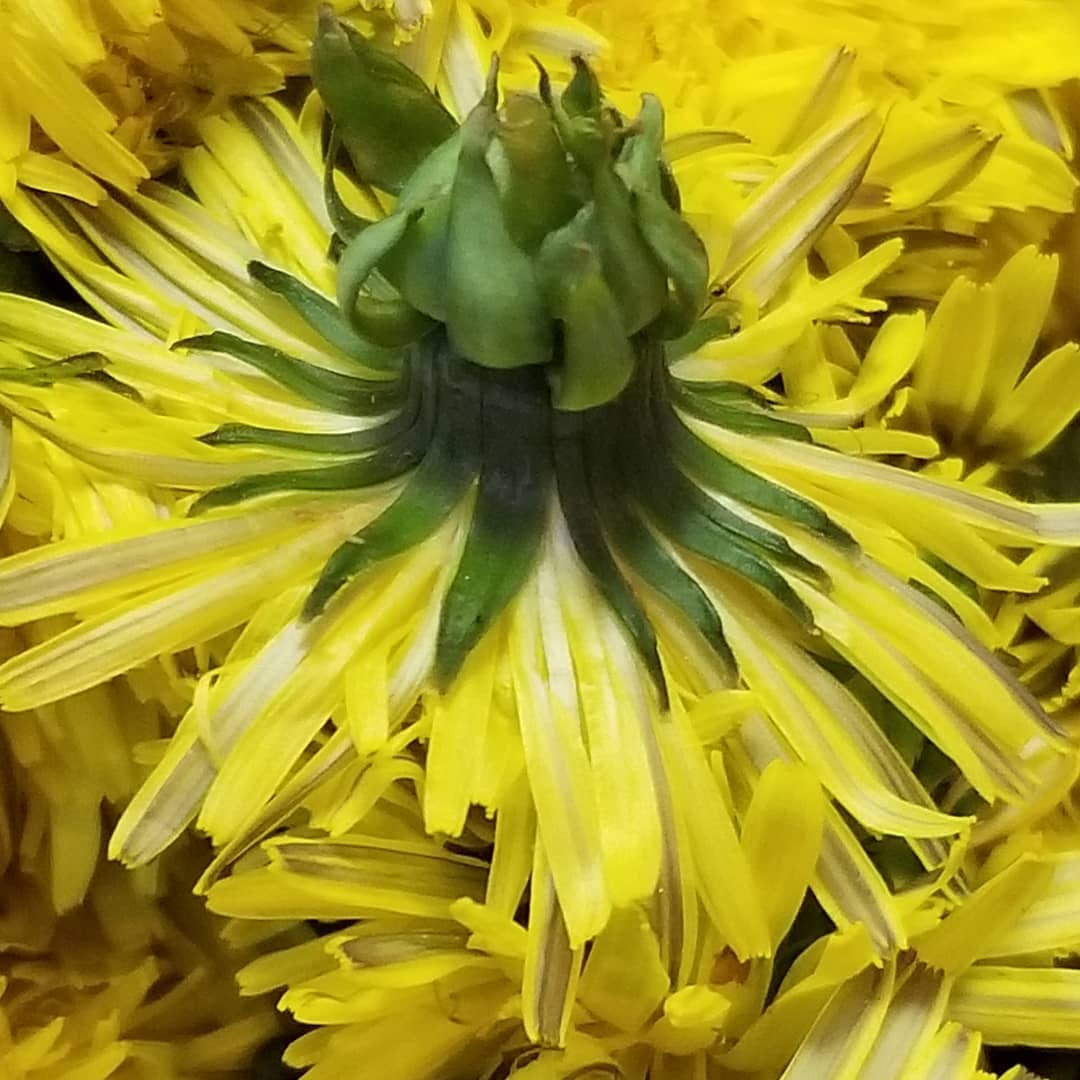 “At least three green leaves a day for 30 days” I declared as I stood in the center of my overgrown “weedy” garden. I was planning to undertake a personal experiment. I was preparing to test the hypothesis of wild forgers, herbalists and the practices of traditional cultures around the globe. I wanted to know personally what would happen if I ate three dandelion leaves every day for thirty days.

When I first met Dandelion as a food herb I was not at all impressed with the biting taste of the leaves. When I talked with other people about this I heard many ante dotes for disguising the bitter aspect of Dandelion. Everyone has a theory about the best time to pick the plant to avoid the strong flavor. Yet everything I read about Dandelion and my experience tell me that this is one of the most important nutritional attributes of this plant.

After thirty days of deliberately ingesting the leaves I felt an affinity for them. I felt connected to the many cultures across the globe that ingest bitter greens on a daily basis. Many cultures ingest dandelion or other bitter greens in a salad or as an appetizer. This bitter aspect prepares the body for digestion.

The wisdom of herbalists, foragers and indigenous people is well regarded. Dandelion and other bitter greens do assist digestion. Ingesting the leaves increases hydrochloric acid in the stomach, sends messages to the liver to prepare for digestion, increases the appetite and prepares the liver to break down fats. The more bitter the better for these functions!

Personally, I began to desire the bitter greens once I had completed my experiment. My quest to embrace the bitter aspect of Dandelion was successful. I actually found myself looking for the larger leaves which people had cautioned me to stay away from because of the strong flavor. Inviting this bitter aspect into my diet has lead to more than a decade long relationship with this important ally. It was one of many experiences that have inspired me to continue to expand my repertoire of wild foods.

I add dandelion to salads, stir fry vegetables as well as soups and stews. I wilt her with organic bacon grease (she takes care of the fat). I infuse her in vinegar to put up for the winter months. I make Dandelion Flower Wine and Lacto-fermented soda. I make pesto from her leaves. I roast her roots; pickle her buds and much more.

As if improving digestion is not enough, ingesting Dandelion helps support the body in many other ways. Dandelion is high in carotenes, vitamin C, potassium, calcium. Iron, B vitamins, and protein. Dandelion increases circulation and fluid waste elimination in the body, without depleting the body of important nutrients. The flowers have pain-relieving qualities and the sap is a folk remedy for vanishing warts.

At every stage of growth Dandelion offers the body dense nutrients while at the same time encouraging the absorption of those nutrients. As with many of the nutrient dense
herbs dandelion can be ingested lavishly throughout the lifespan with nothing but
beneficial effects!

Today, gardeners and farmers are often quite surprised that people eat dandelion. One of my gardening neighbors was no exception. When I asked if I could have the dandelions she was “weeding” from her garden she asked what I would do with them. When I told her that I planned to eat them she suggested that sending them through the digestive system would be the ultimate revenge.

The following Dandelion song calls for more of this important food source. I learned this song from a grade school teacher who attended one of our wild eats dinner a few years ago. She learned it from her students. This song is sung in praise of this seemingly abundant plant. It has become one of the popular blessing songs for our spring meals. Children are so wise!!

There are no comments published yet.